Are we living near the end of times? My take, and spirits take.

For a few months now, besides my time off during my break, spirit has been ramping up their replies, and their messages to me. Also, a couple of other friends who do this work much like I do, even using Wonder Box devices are getting similar messages. I have recorded messages that pertain to either a world destruction, or end of times scenario. I usually do NOT take what the box says fully to heart, as they can be wrong and often are. They have also been correct many times with messages and statements but lately, it has been getting a bit strange indeed.

Three months ago I recorded a session where I asked if there would be a nuclear bomb or a full out war happening soon..answer was a clear and direct “YES”. Then a voice through the Gold Wonder Box said “That is what brings me here”. Which when watching back just today, gave me the chills. (THAT video is below a couple paragraphs down) There is a reason it did chill me, let me explain just a little bit… 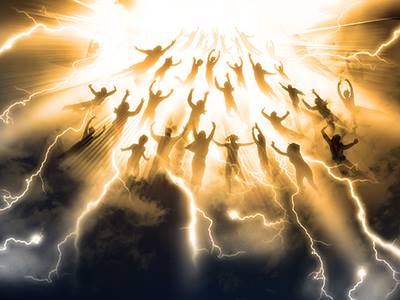 A friend of mine, whom I have known for many years (and respect) has been getting messages about the end of times, the end days, the mass death of man. Not only this, but this person has been getting messages with details, dates and one thing this person has repeated is that some spirits were brought down for this, arc angels and even demons, to let us know, to let some of us know, me included. This person said I was “chosen” as part of this communication part of the end of times…and if you followed me for a while you may remember those sessions where they tell me “Huffs Been Chosen”.  I always wondered for what, and now this person says they “they” tell it to the ear directly, why I have been chosen (there are others chosen as well according to this person).

In my recordings over previous months, if I piece them together, they say that there will be bombs, there will be mass death and there will be a time on earth in the not too distant future that will be horrific for those who survive here. There will be mass souls making their way to heaven, and some who will not, which also matches up with messages I have been getting lately asking me to take them up with me when I go up. I have had messages telling me they are training me for this. It all sounds insane, and again, I refuse to buy into it right now but there are events that may happen soon that they have mentioned, if they are correct of course. A precursor if you will. If this event happens, I will be a believer and it is said to happen THIS month, October 2017. If it doesn’t come to pass, I will think it is just another round of spirit telling tales for a scare. But if it does, I will be the 1st to tell all of you more details. Sounds insane, yes, but remember, this is not me saying all of this. It is the spirits who come through the boxes.

A Session from July

I will not get into details NOW as I am not a conspiracy theorist kind of guy nor can I present what spirits says as 100% truthful or fact. But I used to ask myself all the time why spirit is so vocal to me and others NOW, after so many years of others communicating, why are they just now coming through loud, clear, and making small conversations and giving us detailed info? I used to joke and say it had to be the end of times. Now when I look at all of the evidence, over the last year or so, from myself and a select couple of others…it is uncanny when pieced all together. 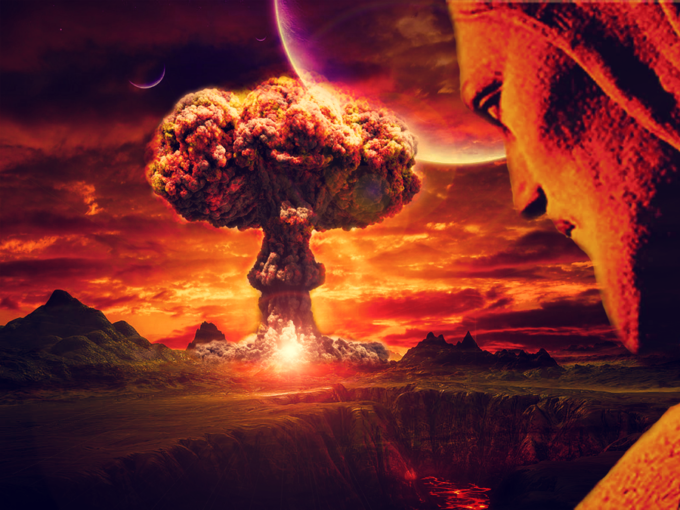 If we go by these messages, and treat them as fact, we are indeed VERY close to the end of times. Again, Me, I just can not accept this but let’s look at the world today anyway. So much hate, anger, division. Brain numbing TV and YouTube shows that lessen our intelligence. Leaders who divide instead of join us together. Media that stirs the pot of anger daily and then prescription drugs…  so much of the USA is full of opioid addictions (by design really), a drug crisis (no I am not speaking of cannabis) and so many in extreme poverty, even if it is something you do not see, it is there. We have technology being developed at a rapid pace, tech that we would have never imagined could exists just 20 years ago. It has been said that the end of days would be signaled by a quick advance in technology. The Internet, IMO has made us paranoid, made us hate, made us more closed in and less social. The Facebook addiction half of the world now has does more to spread lies about news and the world than anything I have seen, and so many believe it as it was made up and designed to get us to attack each other and go against our neighbor. I see EVIL going on every day in our world, and it is frightening.

Just take a look at some YouTube channels that are super successful today. Most of those that are huge are usually where the topic is at an grade school level in intelligence. Pranks, Jokes, Eating Challenges, and people almost killing themselves to be funny. We have been dumbed down to a simpleton level, well many of us have, especially those growing up over the last 5-10 years. It’s getting so much worse as well and does not give me much hope for the future generations. I mean, where can all of this go? No where.

To me, growing up in todays world seems so much harder than when I grew up in the 1980’s. I never experienced vile hatred of our neighbors back then, never saw extreme anger in so many people  and never saw others disrespect each other so brazenly as I do today. We were forced to be social back then without cel phones, Facebook, internet and all of the stuff we have today that in reality makes us mean, anti social and numb to things that used to make us full of disgust. We are a jaded world. We are numb. We have lost the love, respect and kindness many of us once had. It is seen all over the world.

Natural disasters like Hurricanes are worse than ever and they are only going to get worse.

If we truly look at the world, one may ask themselves if we are indeed in the end of times. If we listen to what spirit says about it, well, sadly they say the same thing to me, and many others. My next focused session will be on the end of times question. I will try to focus and hone in on those spirits who have intelligence and speak to me with that intelligence. If they want me to know, us to know, I will relay that in a session. Just keep in mind what I said, do not take what they say as fact all the time, as it rarely ever is truly fact. Spirits do lie, but lately I feel I have been connecting to something more powerful. Something that may indeed be trying to tell us something.

I hope we are all here for millions of more years. I hope we evolve and learn to love again. I hope we can see what we are doing to the world and our own human race. We should all love thy neighbor. We are all human. We are all made of flesh and bone. We all have love within us, and many show it, share it and flaunt it. Some do not, but we all should. I believe that to live, means to love.

Anyway, stay tuned for a focused session on the end of times. Also, someone suggested I do a halloween session for Harry Houdini. Seeing that I am a huge Houdini fan, and know his work and his passion for connecting with the afterlife, it seems natural. I am already preparing for it, mentally. Asking my guides to help me connect with Houdini. It may be impossible, as even if we CAN connect with those in Heaven, who says Houdini’s soul was not re-incarnated and gone? So many variables, but if I can not connect to him, maybe I can connect to someone with some answers from him.

So stay tuned everyone, those will be my next two focused sessions. Using the Wonder Box White.

UPDATE: Here is an update/follow up video on the end of times questions…

How to use your Wonder Box or Portal with the “Music Method” for ITC.

October 11, 2017 INCREDIBLE, PORTAL, Research, Spirit Box, Uncategorized, WONDER BOX, Wonder Box White Light Comments Off on How to use your Wonder Box or Portal with the “Music Method” for ITC.

How to use your Wonder Box or Portal with the “Music Method” for ITC. If you have an authentic, made to spec Portal or one of my Wonder Box’s that I made for you in […]

Uncut Spirit Communication Sessions with my new SoulSpeaker Gold as I prep for Group Night. AMAZING Footage Dual sessions, uncut. One with radio, one with an app.  Did two sessions last night, still testing and […]

Just an update on the Wonder Box availability as MANY ask me daily when I will offer more of my Wonder Box for sale. It’s been a few weeks since I have offered any for […]