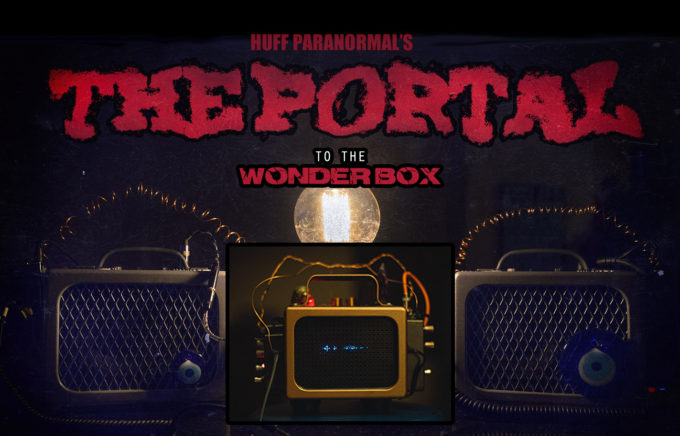 The Evolution of the Portal into the Wonder Box over two years.

It’s been about 2 years now since I started working on and testing  methods of spirit communication for the original Portal device. What started my idea for the portal was actually the ITC software I worked on with programmer Anthony Sanchez from GhostHunterApps.com. That software was the SCD-1 or “Spirit Communication Device #1”.

I was testing reverb for spirit communication with my own guitar amp and rig at home and when I realized it was helping spirits to come through, I asked Anthony to add that feature to the SCD-1. Sure enough, when Reverb was activated on the SCD-1, it helped with responses, as in…more of them came in.

During that time when the SCD-1 was launched I was working on what eventually became the Portal device. It was simple and only consisted of three main core parts. A powerful Amplifier, an effective deep and rich Reverb effect and a noise  reduction effect so when we used it with scanning radios, it would cut out the static noise. Spirits were leaving me messages saying “cut the noise” and even “noise hurts”. So I took that as a message to get rid of the noise by using Noise Reduction. This way, if we put a P-SB7 into the portal’s input that screechy noise would be cut by 80% and spirit replies would be longer, and clearer. It was incredible. Using the SCD-1 scanning software into the Portal enhanced replies dramatically for me, so I knew I was onto something here. I called it the Portal, as spirits were always telling me “The Portal”..and I never knew why. Then it hit me. They wanted me to name it “The Portal”. 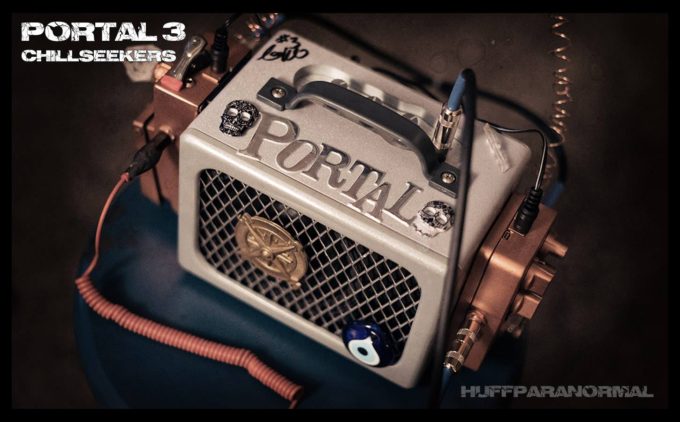 This is all a true story BTW, as crazy as it sounds. The spirits themselves DID IN FACT have a hand in creating this simple yet effective device.

Soon after I found the correct amps and effects, and after spending thousands of dollars testing different reverbs and amps and noise reduction effects, I created the final but basic original portal. No paint, nothing custom, just two pedals, an amp and some velcro. It was not the best looking thing, but it worked. 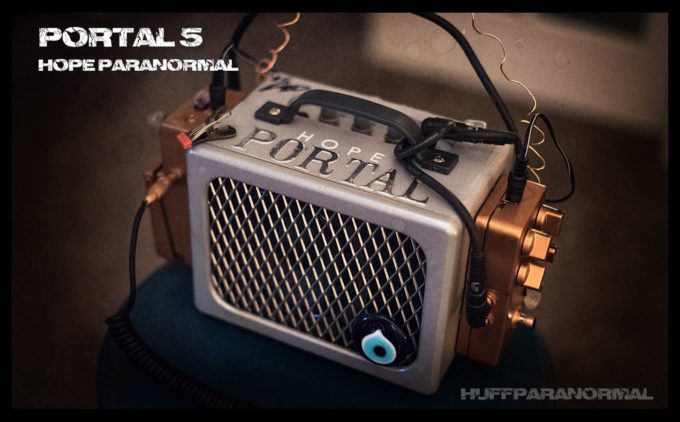 Because it was so easy to assemble with off the shelf parts (nothing custom here) I told everyone how to make them on YouTube so anyone could give it a go if they wanted to try.

The key to the clarity of the portal above all other boxes at the time was indeed that noise reduction and digital reverb. But it was not perfect as I knew it could still be improved in clarity and direct-ness of the replies.

After a few months of using the portal, and giving three away to whom at the time I called friends we were discovering that yes, this device 100% improved communication. Something so simple was so effective. Two of the friends I gave that portal to still use them today, as they are real true friends in this field doing amazing work and I have since upgraded them to a more modern version that I called the Wonder Box about a year ago. 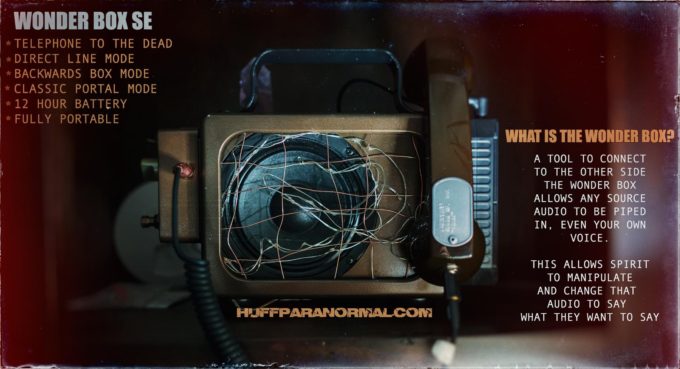 So what is the Wonder Box? Well, it is officially called ‘The Portal Wonder Box” and it came about when I created a custom reverb setting of my own that seemed to work best for communication. I also added a “REVERSE” mode that I called “DIRECT LINE”  that was implemented like no one has ever tried before. Instead of just making all incoming audio play backwards, it was implemented in a way that allowed the now new Reverb to also be reversed which created what sounded like an out of this world vacuum effect.

Even though the audio going in was coming out BACKWARDS to sound like Gibberish, when a spirit wanted to speak they would CHANGE That gibberish to what they wanted to say. Spirits manipulate audio to speak through this device and almost nearly ALL ITC devices. This has been tested several times, and proven to be fact. This mode worked so well, it was like a “DIRECT LINE” to the dead. 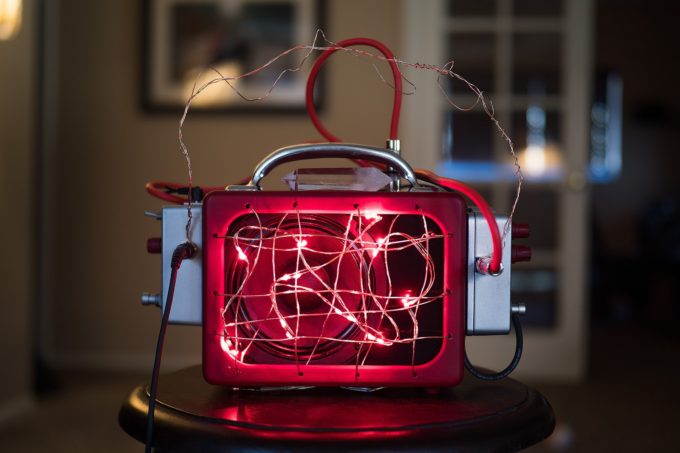 So with knowing this, this “DIRECT LINE REVERSE MODE” was made to be UN-DEBUNKABLE, and it was and still is. When you have the audio being reversed in this manner and you ask a question and you get a direct answer in forward speech, NO ONE on earth can explain that and I have gotten hundreds of forward speech direct answers in this mode. All documented on video and on my YouTube channel.

The Wonder Box was originally a huge beast of a box, and one was sent to Nick Groff  to test for his show Paranormal Lockdown. THAT BOX can be seen in Episode 1 of season 2 and it was AMAZING what they captured with it.  But that box was huge, needed electricity to run and was limited as it was not portable. That is how the Wonder Box Mini was born. Truly portable. Looked and sounded great. 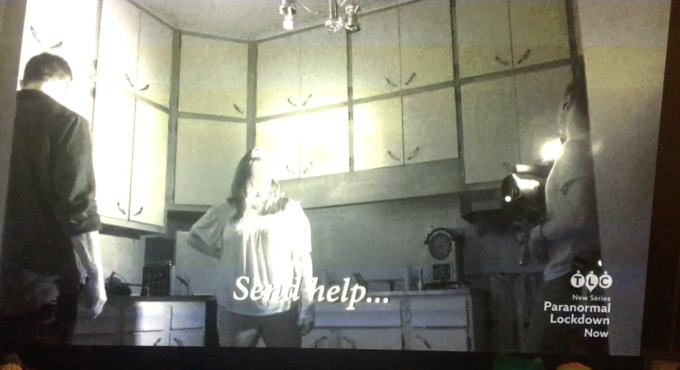 The Wonder Box to me was as good as it could get at the time, but truth be told it was still a basic set up. With two custom created algorithms by me, that  I SHARED online for all to try, it was working for me and hundreds of others who tried it. It is the real deal and can not be explained away. Paranormal Lockdown and Nick Groff used this box in many episodes of Season 2 (make sure you see the one where I was a guest and used my own Wonder Box at the Bellaire house. Season 2 Episode 7) with ASTOUNDING results, and yes, all real. The device works, and it is refreshing to see it on TV being shown to a larger audience as I have said from day one, this work needs to be seen, and awareness needs to be raised that YES, this is happening and yes we can talk with the dead with clarity like never before. 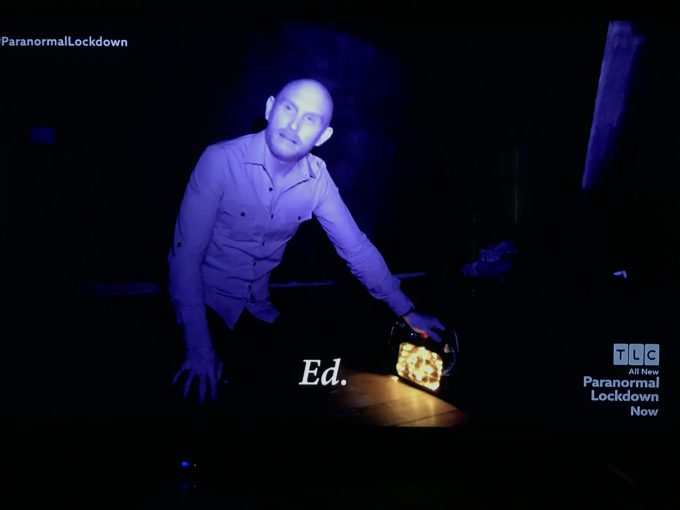 But even so, again, I wanted more clarity, I wanted the replies to be more direct and I wanted for the box to create and harness as much energy as possible. That led me to a new Wonder Box that would use Orgone Energy, Human Energy and the electrical energy of the original portal. 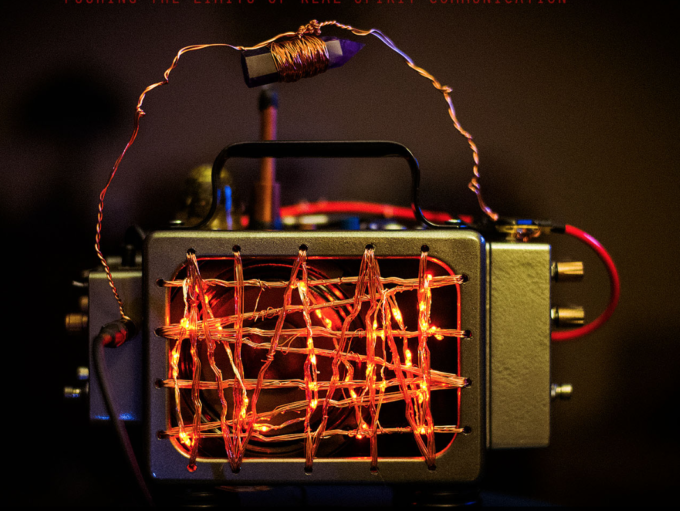 I added more copper, more crystals, Orgone and some custom paint and clear coat to make it all look nice. But by now the price was getting up there costing me as much as $1200 in parts to make. When would it end?!?

Obviously never as I am now working on a new enhanced even further,  Wonder Box Custom.

Many ask me, so yes..I do from time  to time sell the Wonder Box on this page here, the one that costs me $1200 in parts to make (the one above), and it is beautiful and very effective. In addition to all of the enhancements I spoke of it also uses a Voice Control feature for 30% more direct replies and it sounds AMAZING using all premium parts, over 20 of them now to be exact.

But as I am a perfectionist at heart,  I wanted it to be the best it could be, and my mind is ALWAYS working and getting ideas shown to me, and I try them all. So after testing more new ideas, the latest version of the box was born. Meant to be classy in visuals, and to be even more responsive this one is my baby, and it is a beauty.

This Wonder Box Custom is a bit different than the one above. It is pure custom and this is not for sale (if I did sell it would have to be $2000+ due to the cost and time involved, and I do not want to do that) as parts are not freely available and I want something unique for my research. So this one will only have 2 made, maybe 3 if I can find parts for one more for a friend. The parts are hard to find and one is custom, so…would cost me a lot to make these guys for others which would in turn cost you a ton. So the one I offer for sale is the one above, and it is an enhanced version of what is being used on Paranormal Lockdown, Season 2.

But this one…ahhhh, my precious! 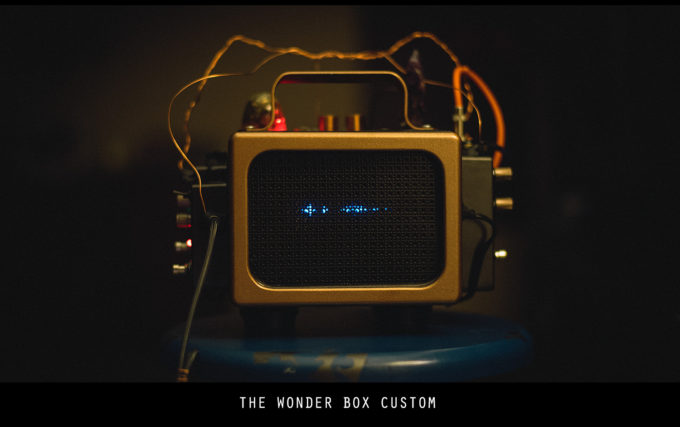 I sit and think to myself “How in the world did this all come to be”? I mean, this all started with my Portal Device two years ago, and as basic as that was I now have something that is much more involved and uses customizations inside and out to make it the most effective, direct and out of this world looking and sounding ITC device I know how to make.

This guy weighs in at around 15lbs and is full portable with a 12 hour battery. It uses magnetic energy, human energy, orgone energy, crystal energy, electrical current energy as well as copper and a wave control on the reverb  to allow for experimentation with different reverb frequencies.

One more mode I am adding soon is a live EVP mode. Meaning no source audio needs to be put in. EVP’s can be heard and broadcast live as they happen with this mode  – voices emit from the speaker using no source audio. This is something I am now testing after it was shown to me one day while I was running errands. I am still tweaking and I am not happy with it yet. If I can get it to where I like it, I will implement it. If not, i will keep working at it until I do. But!! This, again, will only be on these two boxes and MAYBE a run in the future where I will be doing a collab with someone on what will be one hell of a Spirit Box device. Can two brains come together to create the most effective spirit box device we know how to make? Let’s wait and see but if so, it will be end of the year.

See my latest preview trailer for my YouTube channel below, where I have over 422 videos from over several years of research. All that I do with ITC has been documented on video all this time, and you can see the progress made over the years from a simple shack hack to the Wonder Box. YES my friends, we CAN talk with the dead. See my channel here, and be sure to subscribe if you want to keep updated on my latest advancements.

Seriously Guys. The SCD-2 App has been BLOWING MY MIND. See why here…

Seriously Guys. The SCD-2 App has been BLOWING MY MIND. See this… The SCD-2 is available at GhostHunterApps.com Wow. Just Wow. As I sat on my bed last night and watched my collection of SCD-2 […]

The Haunted Mirror Session. My Portal Nearly Explodes! The video speaks for itself, but it is a pretty intense one. Some amazing communication, some crazy energy, holy oil, and more in this new session video […]

The GB-1 App Validation Files. Proof that it’s legit! After I posted my full 1st test of the new GB-1 App from ghosthunterapps.com many were excited just as I was and some cried that it was […]