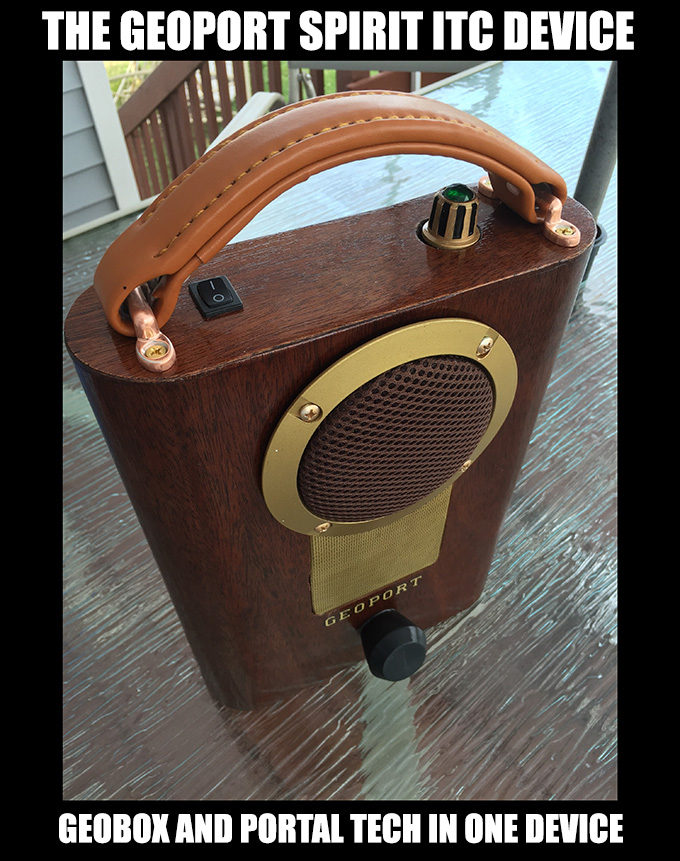 How exciting! Many of you know that one of my all time favorite spirit boxes of all time is the George Brown GEOBOX. Another is my very own PORTAL and WONDER BOX devices. I have been a friend of George Brown ever since I bought the original Geobox from him long ago. I still have and cherish this old box and use it from time to time as well as use it for a nice display in my living room.

The GeoBox was the 1st all in one Spirit Box that cut out radio and allowed what seemed to be only spirits to come through. That’s how it works for me anyway. I have never had radio bits audible through my GeoBox. The only issue some had with the GeoBox was that the audio was slightly on the muffled side, sometimes making it tough to hear the replies.

With the portal and Wonder Box, we had the clarity but not always the same kind of filtering that allowed only spirits to come through. What if we could get the responsiveness of the GeoBox with the Clarity of  the portal? 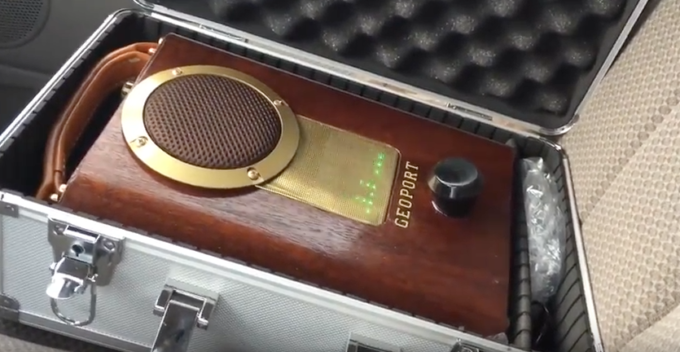 One day I messaged George and asked if he could possibly try to incorporate some of the portal into the geo as I had a feeling the two together would be amazing.

Next thing I know, George was working on the new device..and sharing some progress. It was first put into a mock cardboard box, and sounded amazing. We went back and forth a little but mainly it was me telling him how awesome the device was sounding…George did all of the work here.

When he made the custom cabinet for it, I was blown away at the look, style, ease of use and sound quality coming out. Sounded like I envisioned it would..part Geo, Part Portal!

So now George has almost completed his 1st GEOPORT device and while I have not seen it in person or used it, I have seen what George has been doing with it and it’s pretty exciting stuff.

I will be meeting up with George Brown in a few weeks and I will be able to check it out 1st hand and HOPEFULLY do a session with him using it! But for now I just wanted to share the progress of what he has been working on.

These are not for sale right now, and to be honest booicasinoplay George is not sure when he will make these to sell, if ever. SO I have no info on that side of it but I can not wait to try it. Built in spirit radio, some Geobox internals and some portal parts with one button and one volume dial. Simplicity. Turn it on, ask questions and get the Geobox interaction with some of the portal sound quality.

I will report more when I know more about when George will decided to offer these. Right now he considers the 1st one a prototype and is ongoing with tests.

As for me, I have been posting videos every week at my YouTube channel HERE. Loads of new stuff since my last update!!!

I was attacked by an Evil Spirit or Entity. See the video.

June 17, 2015 Demons, Evil, Featured, GeoBox, Uncategorized Comments Off on I was attacked by an Evil Spirit or Entity. See the video.

I was attacked by an Evil Spirit or Entity. See the video. I was out with a GREAT group of investigators a few weeks ago, mostly in Virginia City, NV, which his a HUGE hotspot […]

Huff meets H.O.P.E. – Amazing things on the way I recently flew out to Palm Beach FL to meet up with H.O.P.E. Paranormal to lay the groundwork for a special project we have committed to […]

MUST SEE: Check out My Wonder Box and what it can do HERE. Tech has moved forward a ton since these boxes, but even so, the classic Geobox is still a great spirit box but are now only available […]