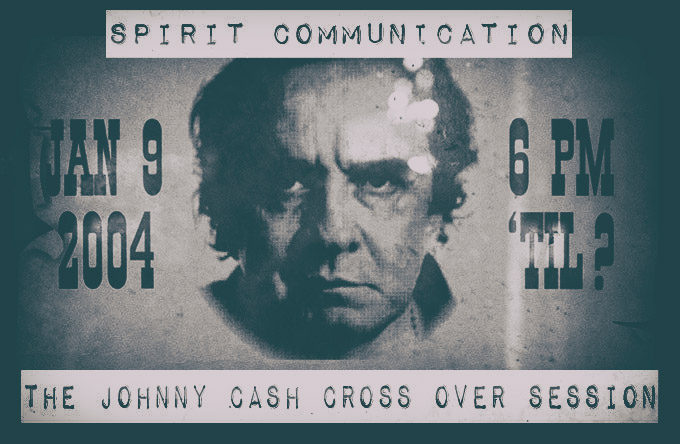 Over the past week or two I have been experimenting with a new ITC method. A new way to try to connect with a specific spirit using my all new Wonder Box spirit communication device.

It sounded quite simple. After a session I recently posted where a guide told me they could get whoever I asked for now, I decided to try it out with sessions on Michael Jackson and Johnny Cash. While both had amazing results, I felt a connection to Johnny Cash as I have been a fan for MANY years, and he was my Father’s fave artist. So growing up, there was never a JC shortage.

When the words were coming in his own voice saying he was in hell, he has not gone to the light and that he wanted the light, I decided to do a series of sessions and to see if I could build up to a crossing over attempt. Something I was leary of due to the attack I had just a few months ago.

But I had to try, and to be honest, I did not expect it to work. I mean, IF THIS WAS Johnny Cash, how could I get him to cross over? Well, if we go by what was said to me in these sessions, not only did he talk about hell, family (Laura) and call me friend, son and hoss, at the end, in session 5 he said he was IN THE LIGHT and IN IT and saw the WHITE HAND GROWING… was amazing and emotional.

This is my favorite video/session I have done in my life. For me, it felt personal, I felt the highest amount of electricity in the air and in my body and the love and peace in my room was simply inspiring.

The REVERB and REVERSE are customized by me, using free software that is available. So I spent two weeks creating a reverb and reverse mode, specifically for spirit communication. My presets have been named ITC REVERB and ITC REVERSE. 🙂

The method I used for these sessions is to simply use Johnny Cash’s LAST interview ever as the audio source into the wonder box. After it goes in, the audio is reversed, as in, what comes out is backwards reverse speech from that interview.

I have shown and proven on my FACEBOOK that it is 100% true reverse speech. This means, NOTHING should be understood, let alone direct answers and phrases to questions, but spirits speak to us by manipulating audio wether it is a scanning ghost box where they manipulate the audio from the radio, or a bank ghost box where they change the bank of words to say what they want.

So not only does the reverse modes of the Wonder Box prove that spirits manipulate audio to get their messages out, it is un-debunkable. NO ONE can deny that what goes in and what comes out are entirely different things.

Three years ago I found spirits MANIPULATE audio to speak when others were thinking they broke into a radio broadcast or used parts of DJ’s speaking to form a message. Not how it works. Myself and Matt Payne of Paranormal Shadows proved that spirits CHANGE audio to form what they have to say. We used a bank with 100 or so words that we knew were in the bank. The words would flash up as they were being said. When I started asking questions, the words coming out were different from what was being shown (video of this is on my YouTube). They were direct answers to my question. This proved that it does not matter what is in an app based ghost box bank, as spirits change it anyway. WHEN there is a connection of course. There are no miracle tools, and if you want communication like what I get, it takes time, dedication, positivity and relationship building over time, yes, with the spirits.

Long story short, this new Wonder Box was made to be un de-bunkable, and it is when you use it in one of the reverse speech modes.

So imagine playing an old cassette tape or vinyl album  in only reverse. You would hear gibberish, maybe a word or two here. Imagine asking a question, and all of a sudden a full answer and message comes through clearly, some full sentence replies. Over and over again, answering our specific questions, over and over. This is happening with this box, and it is an amazing thing.

We now have 100% proof that there are things calling themselves spirits, ghosts, angels and sometimes evil coming through. It can not be debunked or denied. Period. Anyone who says they can are full of hot air. 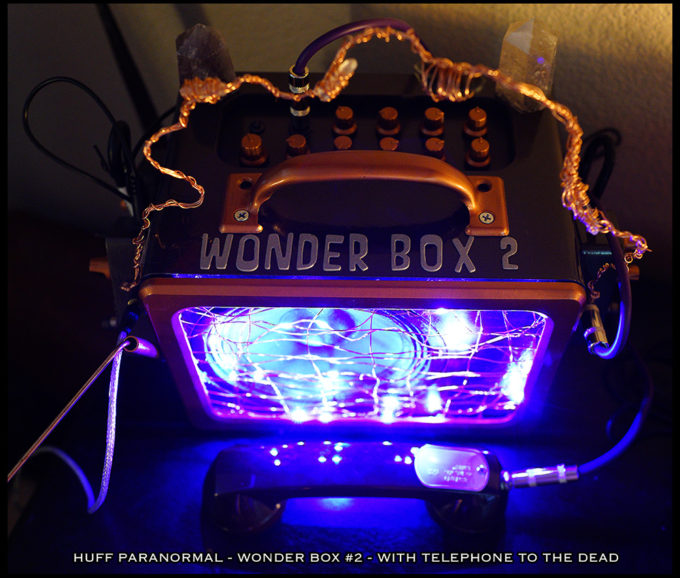 So this new box is groundbreaking for ME and these JC sessions were some of the most amazing. inspiring, emotional sessions I have ever done. My personal favorites. I hope you enjoy them.

PS – many are asking me for my custom presets for the reverse and reverb pedals. At this time I can NOT give that info out for a few reasons. One of them legal, so I am not able to share this info just yet. I will eventually share info on how the Wonder Box is made, what it uses and how and why I feel it works so well for me. Only two exist, along with a third prototype but the prototype is 100% different from the final version and not as good.

I will soon show a “Wonder Box Mini” which will be smaller, almost half the cost and work the same all while having a full battery power option for full portability. Working on it now.

Nick Groff using the Wonder Box on Paranormal Lockdown! Hey to all! Last night was Halloween and I hope everyone had a great one this year. Halloween for me last night was great as I […]

Group Night Returned! It was amazing…see the video here!

Group Night Returned! It was amazing…see the video here! It has been a while but something told me yesterday  to “do a group night session”. So I went to my facebook last night and did a […]

The Wonder Box is HERE. My new ITC Device.

May 8, 2016 GeoBox, SCD-1, Uncategorized, WONDER BOX Comments Off on The Wonder Box is HERE. My new ITC Device.

The Wonder Box is HERE. My new ITC Device. I have spent the last two years doing massive research and development. I have spent thousands, over $13,000 testing ideas, doing experiments, and finding ways to […]