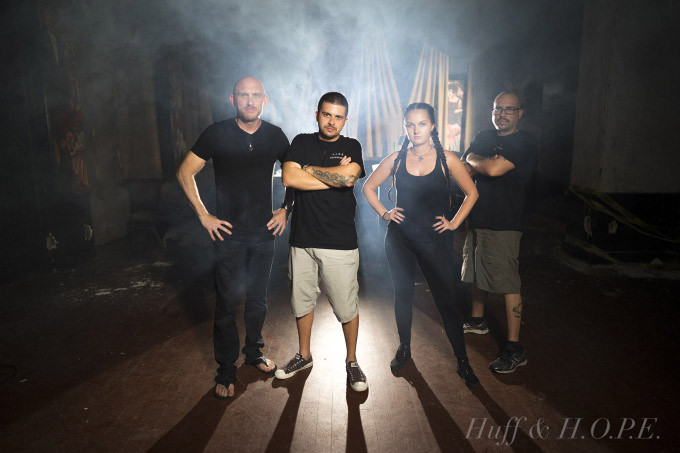 I recently flew out to Palm Beach FL to meet up with H.O.P.E. Paranormal to lay the groundwork for a special project we have committed to do together, a full-fledged documentary done OUR WAY, not the TV Networks way (which is all about staging and faking). With H.O.P.E. Paranormal being all about HELPING spirits find the light and cross over, they share many of my same beliefs so we have come together to produce something very special over the next few months.

With Josh and Nikki from H.O.P.E. 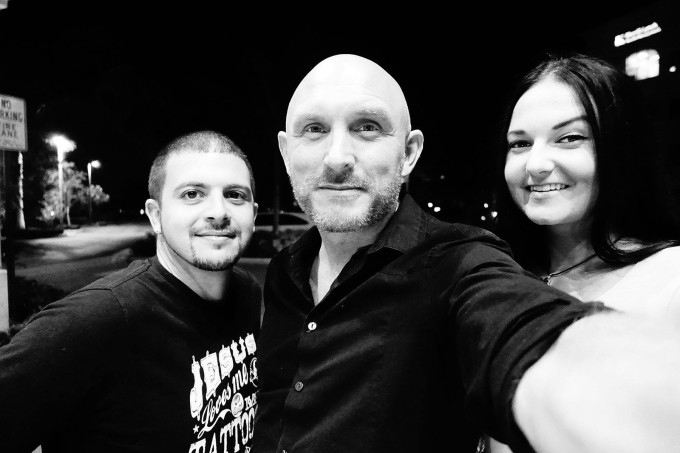 We have moved past the “let’s go find a ghost and prove they are real” thing as for years now we have been asked thousands of times, by the spirits themselves to “HELP THEM”. So we decided to do just that. Instead of just going through motions to find evidence, we will be getting some pretty convincing real-time evidence as well as attempting to HELP spirits cross over. Something that is lacking in today’s world of Demons, Evil and Scares that are so often faked for TV ratings.

For four years now I Have been researching on possible ways to help spirits cross over and Josh Louis from hope and his team have been doing the same thing. No one on earth knows if this is even possible, but we never really see anyone seriously trying. So we decided to team up, join forces and come together for an amazing Documentary we will be shooting over the next few months. Can we do it? We shall soon see. Much has been written about it and there are those I have spoken with who claim they do this all of the time, many for 10-20 years.

Me with Director Anthony Dones who has done some major TV productions. He also does TV work for many networks. Yep, we have the pro’s on board for this one 😉 See some of his work HERE 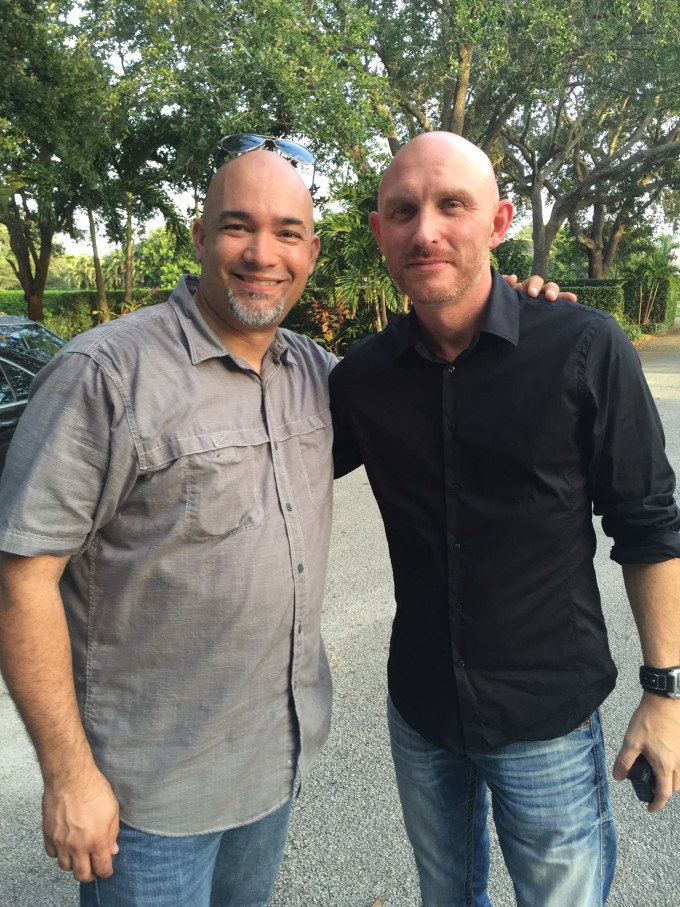 This is not some home-made project. This will be a professional documentary that will take tens of thousands of dollars to create. Shot and directed by the top people in the field who KNOW their stuff. People who work for TV and film now, and yes, it will be fun, exciting and INFORMATIVE as we will be showing things no other TV show or film has shown. It will get personal. It will get deep and we will be out there doing our best to help the lost souls cross. If it can be done we will do our best to complete this task.

With Chris Alonso and Josh Louis from H.O.P.E. 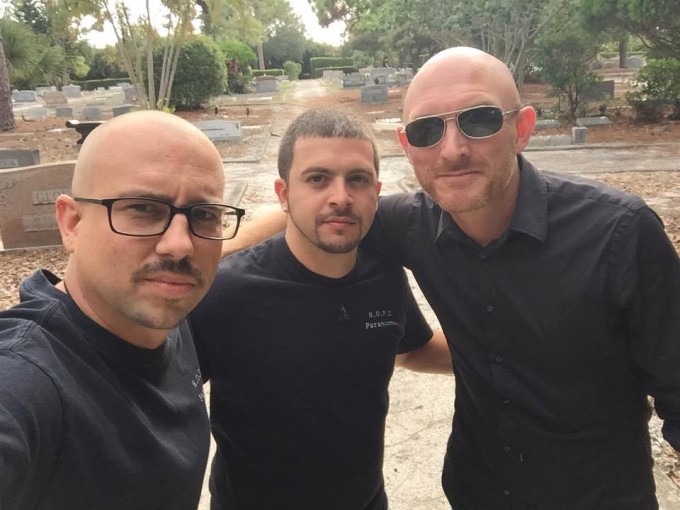 Enjoy the video’s below as it was done to test the waters, to meet H.O.P.E. and to work with Josh Louis (from H.O.P.E.) directly to see how we work together when it comes to spirit work. What we captured on our cameras for this initial meetup was pretty special as the spirits knew we were there to help, and vocally spoke about the light and portal numerous times.

Filming some Promo for the Documentary we will be shooting 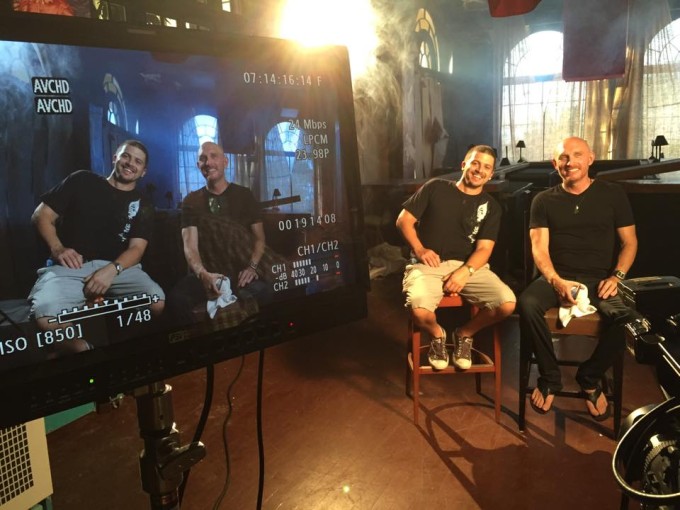 With devices like the Portal, GeoBox and more we will be embarking on the most intense mission we have ever attempted. When completed it will be a WOW film showing the world just what is possible, and that yes, spirits are real and they do talk and communicate with us. What we will do will be all 100% real, as I have turned down TV show offers due to the requirement to FAKE or STAGE evidence. This new project will be on our own terms, so all 100% real.

While we get to work on that over the next few months, check out some of the portal sessions we did together below. Enjoy!

Be sure to visit H.O.P.E. Paranormal’s Website HERE and stay tuned for detail on our project SOON!

1st, My video from my visit with HOPE

Now the video Josh from hope shot of mostly the same sessions..

The Best Spirit Audio Evidence EVER Captured. The Huff SCD-1.

The Best Spirit Audio Evidence EVER Captured. The Huff SCD-1. A BIG BOLD STATEMENT I know but using the SCD-1 for over 6 weeks now, plus the beta testing moments, I am 100% confident in […]

100% UN-DEBUNKABLE SESSION. A TRUE Telephone to the Dead. Incredible.

May 25, 2016 Crossing Over, Ghost Box, INCREDIBLE, PORTAL, Spirit Box, WONDER BOX Comments Off on 100% UN-DEBUNKABLE SESSION. A TRUE Telephone to the Dead. Incredible.

100% UN-DEBUNKABLE SESSION. A TRUE Telephone to the Dead. Incredible. Hello to all! I am back today with a new session, and a new method for connecting with spirits that is absolutely 100% UN-DEBUNKABLE. That […]

The Most Important Spirit Box Session Ever Recorded. MUST SEE. This is incredible.

The Most Important Spirit Box Session Ever Recorded. MUST SEE. This is incredible. Yes, this title sounds like a lot of hype, but it is not click bait. I just completed recording and reviewing the […]